If you ever get the chance to meet Chip Foose, be sure and take full advantage of the opportunity. I have had the pleasure of talking with him several times at various car shows, in his shop, and even worked with him on the set of Overhaulin’ several years ago. He is one of the few people that I have ever met that is down to earth and is nice both on and off the camera. He is genuinely a great guy and a phenomenal talent in the car world.

In this video, we get an inside look at Chip working on a Restomod 1969 Camaro. During this build, you can tell that he is very involved with every aspect of the car, including metalwork, fabrication, and even the interior. And I can tell you from my personal experience; he loves what he does. No matter if he is doing a rendering, welding, bodywork, talking to fans, or giving a speech, it seems like this guy is always in his element. The Camaro that Chip and his team build is no slouch. After the body of the ’69 is finished up, it’s mated to a Roadster Shop SP3C chassis. For the powerplant, a Chevrolet Performance LT4 engine was inserted, but not before it got a coat of Hugger Orange as a nod to 1969. The supercharged mill cranks out an impressive 650 horsepower and 650 lb-ft of torque, while the exhaust tone of the beast is quieted down by a pair of MagnaFlow mufflers. Other features include a custom interior, a killer ARC Audio sound system, and a set of Foose five-spoke wheels, of course.

The Camaro was unveiled in the ARC Audio booth at a trade show in front of the owner, Kevin Mayberry. As Chip pulls the cover back on the Restomod, tears of joy flowed as Kevin sees the car for the first time. In true Foose fashion, Chip goes over to comfort Kevin as he takes a moment admiring his new Foose-built Camaro. 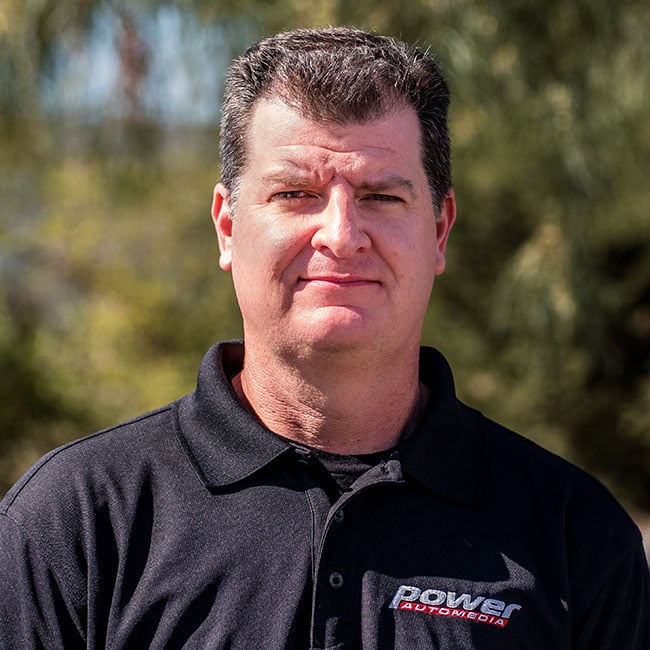 A gearhead for life, Brian is obsessed with all things fast. Banging gears, turning wrenches, and praying while spraying are just a few of his favorite things.